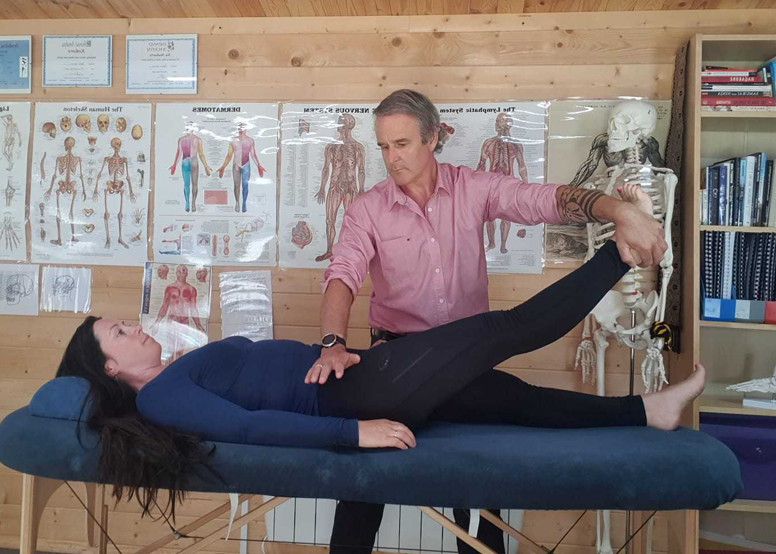 Amatsu is the modern adaptation of an ancient Japanese physical therapy. It is a whole-body approach that identifies and treats the root cause of ailments using gentle musculoskeletal assessment protocols and soft tissue corrections.

With an origin in traditional Asian healing modalities, Amatsu can be used to treat those with injuries, illness, or ailments, but can also be enjoyed as a gentle physical balance to those of good physical and mental health and wellness.

Prior to your first Amatsu treatment, you will be asked to complete a Client Consent and Medical History form that will be returned to me in advance of your session. This form will inform me of your medical history and any prior injuries or ailments, and will advise you of your rights as a client.

An Amatsu treatment session, referred to as a “Balance”, will normally take 45-60 minutes. Whilst the primary objective will be to identify and treat the source of injury, illness, or ailment, your initial sessions must also align your musculoskeletal system to it’s best natural position, unlocking your body’s innate ability to heal itself.

Each Balance will begin with an assessment of your whole body using a combination of muscle tests, orthopaedic tests, and observation, in order to gather information about the current health status of your body. 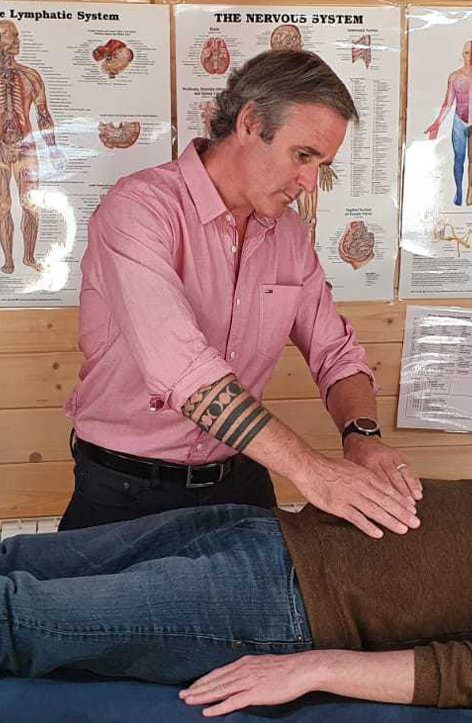 After assessment and identifying your specific needs,the treatment will commence using a combination of gentle soft tissue techniques. Through on-going two-way discussion during your Balance, you will be informed of how the different techniques work and why they are doing what they are doing.

Please note that children below the age of 18 are to be personally accompanied by a parent or guardian.

For further information about your Balance, please read the Frequently Asked Questions or Contact Us directly.

Amatsu treats the person as a whole, affected by their lifestyle, physical activity, and mental wellbeing. With this as a basis for the focus of Amatsu, a Balance will benefit those recovering from a specific injury, illness or ailment, but will also assist those with good health in maintaining their optimal physical and mental health and wellness.

As a gentle non-invasive physical therapy, Amatsu is suitable for all ages, from youth to elderly.

What conditions can Amatsu treat?

As a whole-body holistic physical therapy, Amatsu is successful in treating a wide range of medical conditions and illnesses.

For thousands of years, the Japanese Ninja (Shinobi) warriors practiced their martial art fighting skills alongside an ancient orthopaedic healing therapy called ‘HichibukuGoshin-jutsu Ryu’. Within this covert group of people, healing practice knowledge was passed down from Master to student through the secret “Amatsu Tatara” scrolls. The current holder of the scrolls is Dr. Masaaki Hatsumi, receiving his Shinobi training from Toshitsugu Takamatsu (1889-1972), who is recognised as the last of the battle-tested Shinobi Masters.

Amatsu was made known to the outside world in the 1980’s, when Dr.Hatsumi made the decision to train three European martial arts practitioners. Between them, Dennis Bartram, William Doolan, and Chris Rowath had backgrounds in osteopathy, chiropractic, psychotherapy, physiotherapy and natural medicine.

Treatment in Amatsu therapy is consistent with the anatomical principle of ‘Biotensegrity’, as developed by US orthopaedic surgeon Dr Stephen Levin. The concept sees the human body as a whole self-reliant continuum, where if you make any changes to a specific site of the tissue and muscles, then this in turn has an ongoing effect on the tissues and muscles connected to that site and beyond.

Amatsu therapy will observe a client through the filter of the Japanese ‘Godai’ (Five Elements). These elements of the human being are interconnected, and as such, stresses or strains within one will have an effect on the others. The Godai consists of:

Within the ancient Japanese ‘Five Elements Theory’, a balanced and harmonious relationship between the elements will result in a balanced, harmonious, and optimal physical and psychological health.

As a unique physical therapy modality, Amatsu adopts a whole-body approach, identifying and treating the source of injury, illness, or ailment, and not just the symptoms. 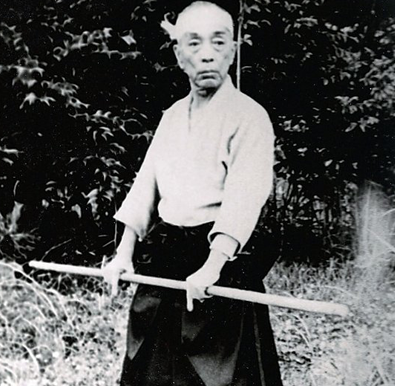 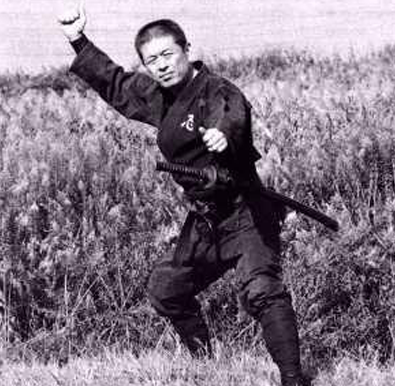 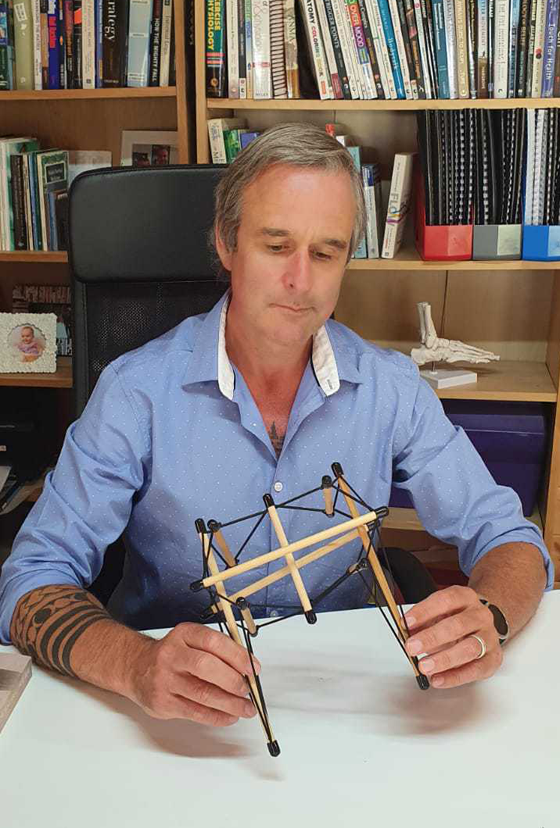 Daren Knight spent the majority of his career and personal life travelling the world, working and living in remote areas, many times with indigenous people. Having travelled extensively across Europe, Africa, the Middle East, the Far East, South East Asia, Australia, and North/Central/South America, Daren has experience across the spectrum of global humanity.

Born and raised in England, Daren has lived in Ireland since 2011, and is qualified to MBA.

After suffering a serious musculoskeletal chest injury that resulted in Daren being rushed to Naas General Hospital in Co. Kildare for 11 days as an inpatient, the Hospital made a decision that they could not ‘fix’ the injury, and so he was discharged with painkillers to continue treatment as an Outpatient. The following day, Daren was referred by his wife to a family friend who is an experienced Amatsu practitioner and trainer. Through the Amatsu treatment given, Daren made a full pain-free recovery, with no requirement to continue any treatments at Naas General Hospital.

With his lifelong interest in worldwide ancient knowledge and medical practices, Daren immediately commenced training as an Amatsu therapist, under the teachings of Dennis Bartram, changing his career to become committed to learning the modern and historic healing arts of Amatsu and HichibukuGoshinJutsu. Daren continues studies in other modern western and traditional Asian healing modalities that complement the service provided to his clients in Naas, County Kildare.

In ancient Irish history, ‘Danu’ is the oldest of all Celtic goddesses and could be seen as being Mother Earth. In the Irish Gaelic language, a ‘Dún’ is a Fort or place of safety. Bringing the modern adaptation of an ancient Japanese healing modality to a calming healing space in Naas, Dún Danu Amatsu Clinic aims to bring balance and peace to body and mind.

Full payment is expected at the time the services are rendered. There are no refunds for unused package sessions. All sales are final.

All appointments are booked in advance. Please be advised that there is a 24-hour cancelation policy. 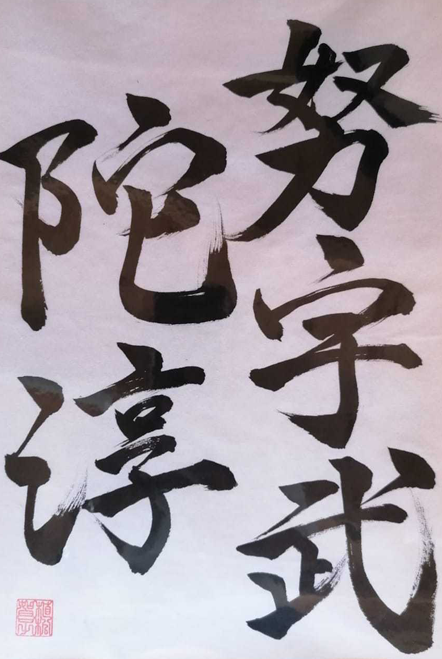 You are asked to attend your Amatsu session with light loose-fitting clothing, and women are requested to wear trousers or leggings, as opposed to a skirt. Treatments are carried out fully clothed, and you will only be asked to remove your shoes and possibly your belt.

An Amatsu balance is a unique whole body treatment that uses various techniques that feel like soft tissue pressure and mobilisation. Different levels of pressure are applied according to your general health and the specific symptoms of your condition. This can vary from the very gentle and relaxing, to the more firm. Clients report different feelings; ranging from being relaxed or sleepy, to invigorated and energised.

Whilst most treatment is conducted with you laying on your back or front, some treatments may require you to be seated or standing. If you have any injuries or disabilities that impair your ability to adopt these positions, this is something that I can work around.

I will work for varying amounts of times on different parts of your body that may not always seem obviously related to the injury or condition that you presented with. This is because each Balance is tailored to your needs on that day, whilst taking into account the bigger picture of your injury or condition, and the biotensegrity factors affecting it.

Most Clients will feel the difference as soon as they get off the treatment couch at the end of a Balance; while others start to feel the changes over a couple of days. It is not unusual to feel your body standing and moving differently between treatments. Some people may feel tired or have a boost of energy after the treatment, while others comment that they had a positive change in the emotional feelings they were experiencing. You can think of this as your body and physical systems settling into the changes made from your Balance.

It is recommended to keep your body well hydrated after your treatment, and you are advised to drink plenty of water to stay hydrated. In some cases, you may be advised to avoid vigorous physical exercise for 24 – 48 hours. I will give you specific advice, in relation to your condition, at the end of each Balance.

If you ever have any questions or concerns following your treatment, you are welcome to Contact Us directly so that we can discuss them.

There are a number of conditions where I would ask you to seek approval from your doctor before I would treat you. Please ensure that you advise me of all current medical conditions or injuries, as I will then tell you if further authorisation or information is required.

The number of Balances required will always depend on your individual needs.

New clients with chronic conditions (i.e. conditions that they have had for a relatively long period of time) should commit themselves to an initial course of 4 Balances (preferably 7-10 days between each Balance). This will ensure that the musculoskeletal corrections and neural pathway repatterning that will assist in your specific healing, integrate into your natural form and function.

Whilst treatment for specific injury, illness or ailment is immediate, it will be your body’s natural form and balance that will hold the benefits in place. For those in good health or having recovered from a problem, a balance on a regular basis (e.g. one Balance per month) will assist your body in preventing the everyday intrinsic and physical stresses of life from building up within your body.

No. As a cultural norm, people would attend traditional Asian healing modalities as a proactive means of keeping their body and mind in an optimal state of health and wellness. Whereas in Western culture it would be common to visit a doctor or medical professional after falling ill or injured. It would be more common in Asian cultures to attend a healing modality session in order to make it less likely that they would fall ill or injured.

Amatsu will benefit a healthy body and mind by allowing them, and the associated Central Nervous System, to remain in an optimal balanced state, through the gentle and relaxing methods used. In the same way that some people treat themselves to regular massage treatment, Amatsu will bring the same ‘feel-good’ sensation to a healthy client.

Daren is a natural, and puts you at ease from the outset.

I have had multiple Amatsu ‘Balance’ sessions with Daren and I am always amazed at the power of this gentle bodywork. I feel so much better physically and emotionally after every session. Daren is knowledgeable and passionate about Amatsu, always learning and developing his skills.  He is kind and compassionate, creating a caring, non-judgemental space. It is part of my self-care routine now and I would recommend it for everyone to experience and benefit from.

Thanks to Daren for my recent treatment. After performing some home DIY my knees and back were in pain. While receiving treatment, Daren identified this and worked on the relevant areas. At the end of session my knees and back felt normal again and the pain was gone. The next day I felt great and really feel the benefit.

I was very impressed!My eyes have been well and truly opened to both the power of Amatsu and by Daren’s obvious skill, expertise and knowledge of a practice that he so clearly loves. I came away feeling stronger, more grounded and a bit more body aware, something I think we could all benefit from having a little more of.

You’d never think a little cabin in Naas could be the place to open up your horizons and experience new things. But that’s what happens when you relax and open yourself up to the possibilities of Amatsu. What a great way to unwind and refocus from the stress & pressure of the outside world. Will definitely be back.